Microneedling is form of mesotherapy that is carried out with the help of a specialized device, instead of the traditional syringe. This is a device that uses a system composed of 11 needles, easy to remove, hygienic and very economical.

The needles have a variable penetration length of 0.25-2.5 mm, with a triggering speed of 84 cycles per second, inducing the occurrence of 935 micro channels per second.

These are the safest, most sterile, quickest and most efficient devices of transdermal penetration on the market, which contributes to the skin permeability for the used substances, but, also, they can cause a rapidly reversing traumatic injury, to which the epithelia response is epithelizasion / reshaping.

Locally, at the skin level, a cocktail of substances, previously premixed by the physician, is injected to be absorbed and to produce the desired clinical effect.

The MICROCHANNELS play to major roles in dermatology: 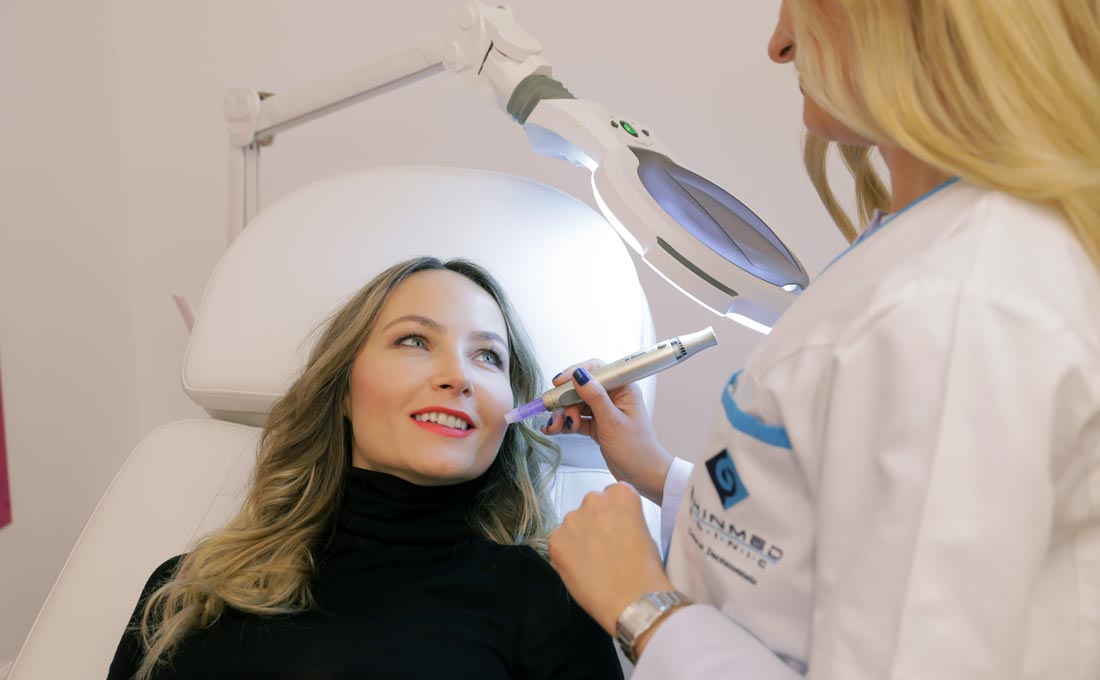 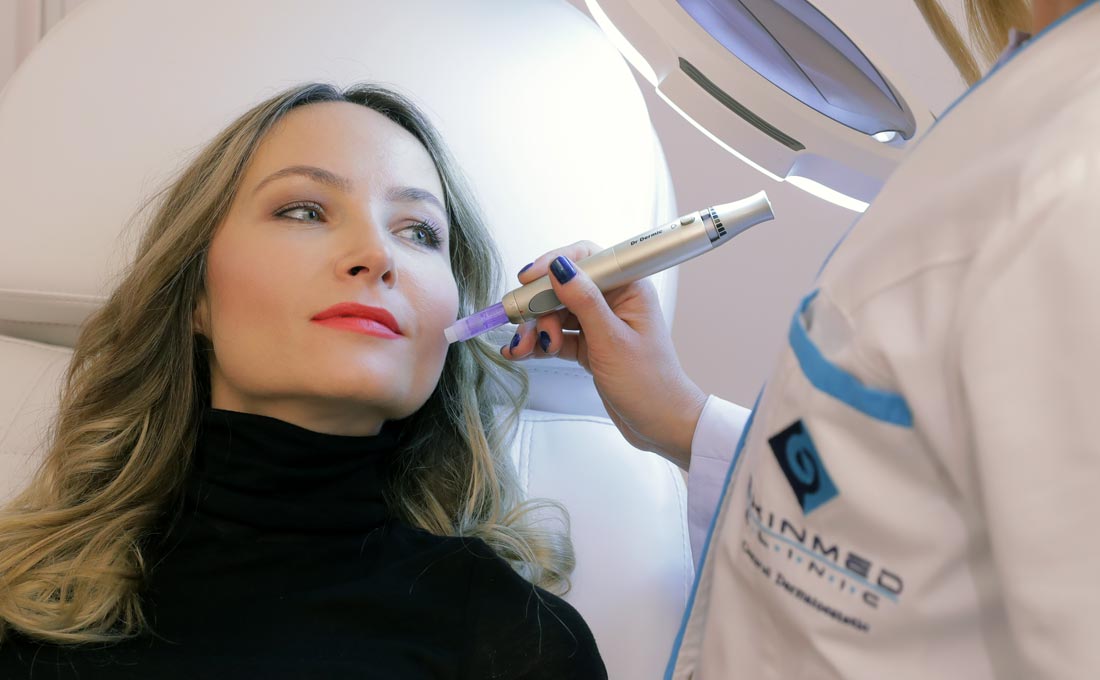 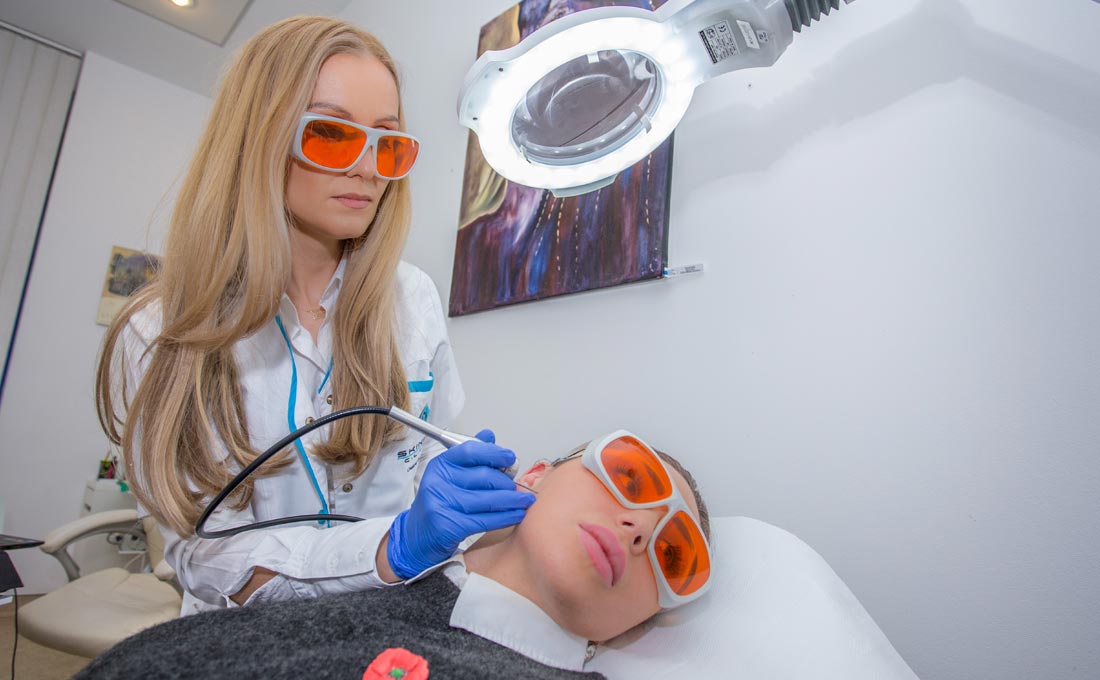 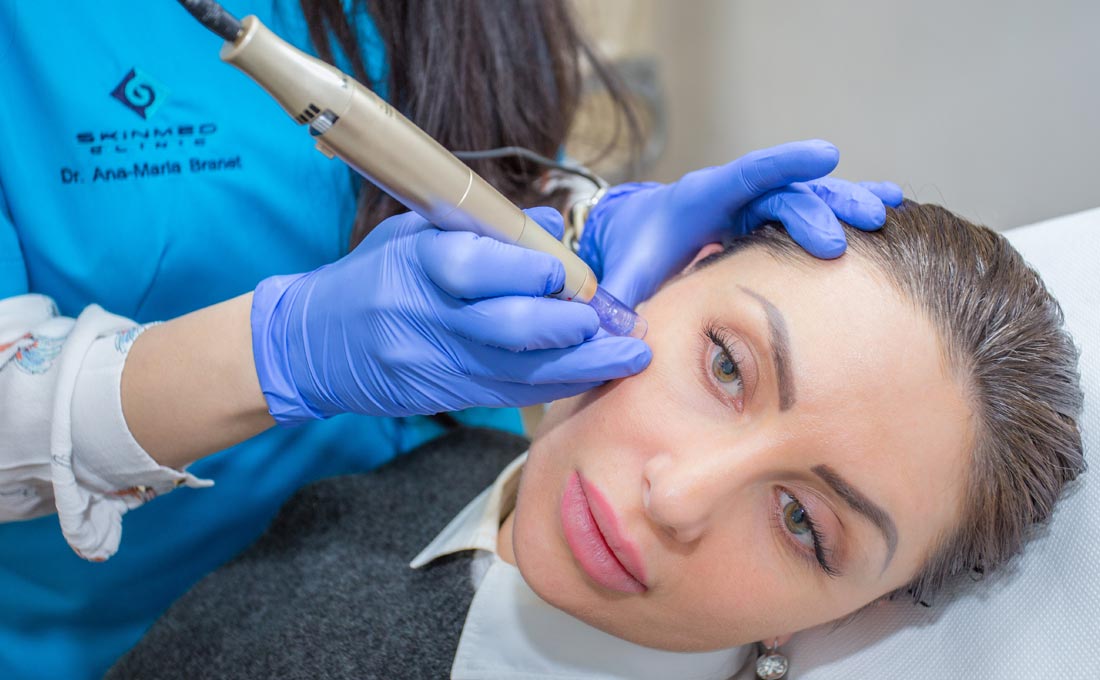 A serial number of sessions is recommended, approx. 5-8, every 7 days. At the end of the sessions, regular maintenance sessions (monthly or quarterly) are recommended. It is a painless procedure, with major visible effects after every session, carried out in time.

We are waiting for you at our office in Bucharest, 2 Alba Iulia Square, Section I, Building I1, 3rd district, Bucharest (next to Transilvania Bank). 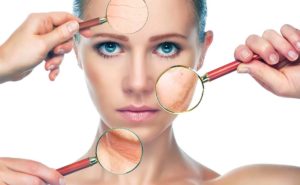 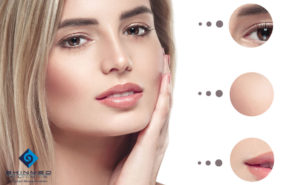 Injectable mesotherapy –accessible prices for your treatment and beauty